Mr. Moothart has been in Traverse City since 1991. Prior to that he practiced in Grand Rapids. He regularly practices in trial (district, circuit and probate, as well as federal district and bankruptcy courts) and appellate (state and federal) courts throughout the state of Michigan and the 6th Circuit.

Represented Clients in other States On Specific Matters

Mr. Moothart is the author of the following articles:

“Premises Liability after Williams v Cunningham Drug Stores: Is There Anything Left for the Plaintiff?” Michigan Bar Journal, July 1991

Jon is an avid water skier

Jon enjoys spending time with his wife and two sons

Hunting and fishing are two of Jon’s favorite past times 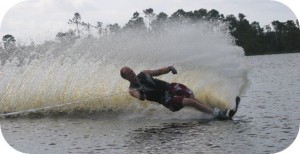 Contact Mr. Moothart today if he can help you with your legal issues.